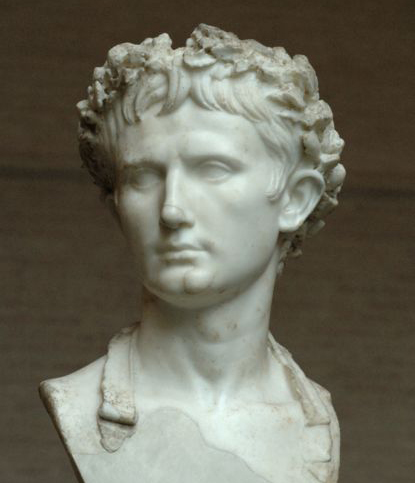 A Comparative Look at Roman Life to ours 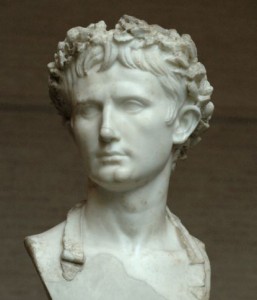 I have always been fascinated with history.  Perhaps it’s due to a curious thought that I should have been born in another timeframe.  Not that 60 BC would have been my timeframe of choice, but I do love to read about it.  I’d much rather learn through other people’s mistakes than completely mess up my own life and end up giving up like Cleopatra and letting a poisonous asp bite me because I couldn’t think of another way out of my problems. And vice versa, I love to learn from the successful people who changed the course of history in positive ways.  It’s an example to me that I have the same power to be a positive change in the world.

We’ve all heard the names of Julius Caesar, Marc Antony, Cleopatra, and Augustus Caesar.  Some lesser known names are Cato (a Roman Senator), Crassus (military general and politician), Pompey (military and political leader), and Sulla (a military leader and later a political leader).  Cicero was a famous lawyer, orator, philosopher, statesman,  constitutionalist, and great writer of those times.  I find it fascinating to read about all of their lives.  There could be a TV mini-series or soap opera worthy of hearing about their lives, choices, their mistakes, and triumphs.

The sun keeps rising each day and each night the sun sets again.  For thousands of years the world has continued to go on.  Our world is the same world as it was thousands of years ago, with some modern day exceptions.  “There’s nothing new under the sun.” (See Ecclesiastes 1:9)

My chariot is a black Suburban, affectionately dubbed the big, Black Angus.  Most of us women are spoiled, though we may not care to admit it, and live in a similar fashion to Cleopatra.  We have closets full of clothes and many luxuries that we enjoy daily.  We even have servants, aside from our kids, and they are known as the Dishwasher, the Washing Machine, the Clothes Dryer, the Butler also known as the answering machine on the telephone, and the list goes on.  We are spoiled in that we don’t often think of what we have until the refrigerator stops running and then there’s panic.

We are not slaving away all day to prepare food and daily living so our bodies need a little more working out.  My husband often speaks of these “modern-day”, “new to us” workouts where men pick up logs and boulders to throw them as a way to work the muscles.  Thank goodness for the modern day gym because there is no nudity allowed.  I wouldn’t be caught dead naked in a gym anyway, but then women weren’t allowed in the gymnasium in Roman times.  Look how far we’ve come, Cleopatra?

Let us, step back from this closer view and look at the larger picture.  The Roman aristocracy kept their people busy with distractions known as “Bread and Circuses” while they were destroying the Roman constitution–and the Republic itself.   Our country is filled with large distractions such as organized sports and free government food and handouts.  The government of the Roman’s was always dealing with corruption, selfishness, and greed.  People were more than willing to stab their best friend in the back if it served them and helped to progress them to a higher, more powerful position or rank.  Do we see like archetypes in the “aristocracy” of our day?

The coliseum was filled with entertainment that often bothered the people but they frequented it anyway.  Sometimes, their entertaining actors (like Hollywood?) the gladiators revolted their places and Spartacus and his followers rebelled.  While the Roman’s enjoyed the gladiator fights, they were so afraid of them that they made them live and train far away from the city of Rome.

Are we making positive changes in our day, using our power and influence for good?  These thoughts I’ve been pondering as I finished reading about the Romans.  The Roman’s lives and their influence are now written down in the pages of history.  The sun has risen and set and many moons have now passed.  It’s our turn now. How are we living our lives?  Are we living as positive examples for our descendants?  What will be said of our generation?