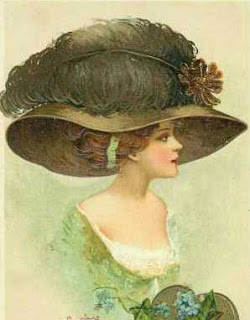 Book Review of The Portrait of a Lady by Henry James

While I felt the book was slow going at the beginning, I persevered and am so much the better for it. It was, all in all, an excellent book.

This was the first book I decided to write in the margins my thoughts. I’ve underlined books before, but this time I moved up to the next step. So, I thought I would share the parts of the books that I found moving or interesting and also the thoughts I had when reading. These are random at best, but perhaps you’ll find them interesting.

“He was pleased with everything; he had never before been pleased with so many things at once. Old impressions, old enjoyments, renewed themselves; one evening, going home to his room at the inn, he wrote down a little sonnet to which he prefixed the title of “Rome Revisted.” A day or two later he showed this piece of correct and ingenious verse to Isabel, explaining to her that it was an Italian fashion to commemorate the little occasions of life by a tribute to the muse.”

What a delightful idea to begin again; to write verse as a tribute to the muse. I think I will begin this tradition in our home.

“The world lay before her-she could do whatever she chose. There was a deep thrill in it all, but for the present her choice was tolerably discreet; she chose simply to walk back from Euston Square to her hotel.”

It is quite profound when it comes to your consciousness that you are a free being- free to choose whatever you may no matter how insignificant or important. What a blessing from God that He allows us to be free beings and therefore free also to accept the consequences of each choice.

“Madame Merle had once declared her belief that when a friendship ceases to grow it immediately begins to decline–there being not point of equilibrium between liking more and liking less. A stationary affection, in other words was impossible-it must move one way or the other.”

That is also true in other aspects of our lives–health, weight, and spirituality. If we are not progressing each day, we are regressing.

“He said to her one day that she had too many ideas and that she must get rid of them. He had told her that already, before their marriage; but then she had not noticed it: it had come back to her only afterwards. This time she might well have noticed it, because he had really meant it. The words had been nothing superficially; but when in the light of deepening experience she had looked into them they had then appeared portentous. He had really meant it-he would have liked her to have nothing of her own but her pretty appearance. She had known she had too many ideas; she had more even than he supposed, many more than she had expression to him when he had asked her to marry him.”

Another example in literature of why overlooking serious personality flaws and even differences when dating can be disastrous later on. Many times it leads to an unhappy marriage.

This is going on the list for my girls to read before they begin looking for husbands. I want them to learn the difference between true love and the importance of listening and heeding the advice of those closest to you who have only your best interests at heart. As with other classic books this book illustrates the painful consequences of not doing so.