Deep in the heart of Germany, on the top floor of an apartment building, lived the ten Baker children. Each day, they entered the library in the back of the house, and gathered around their mother to begin adventures all over the world in the land of stories.

One particular afternoon, the Baker children decided to become dragon warriors. With the help of Graeme Base, they travelled to Greenland, Norway, Gaul, Japan, England, the Island of Dongsha, Madagascar, Tasmania, and many other exotic and fascinating parts of the world. Each of the Baker children were courageous and brave. They were ready to face the dragons. Some breathed fire, some breathed smoke, some just opened their mouths, showing their long and pointy teeth and screeched loudly. Little Braedon and Lamb were appointed to face the dragons    first and to scare them off with their sword, or to fight them in battle if the dragons were unfriendly. 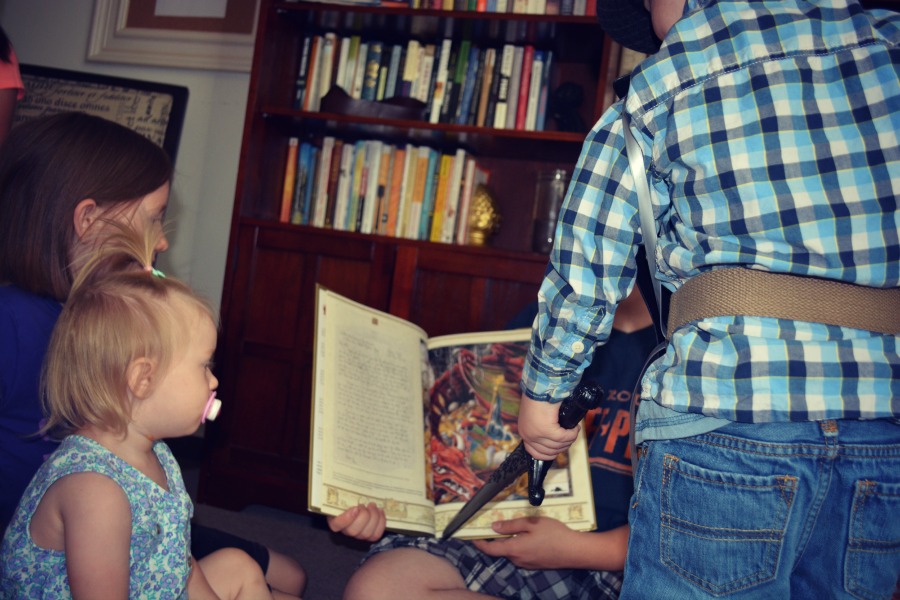 Now dragons, as we all know, do not like being discovered. That is why they hide away and we cannot find them unless we go on a dragon quest. The children brought along magical chocolates that gave them great strength when they were afraid. They carried pillows tied to their backs to lie down on when they were tired or bored. For dragons are sometimes hidden for long periods of time. And quests are long, tiresome journeys.

The children determined the oldest brother, Benjamin to be the official keeper of the map. After finding a dragon, he quickly made notes of how large the dragons appeared so that other children going on quests could be prepared as they approached the dragon’s lairs.

The tricky part was keeping baby sister Courtney quiet. For babies make a fearful and troublesome amount of noise. This can sometimes alert the dragons of your approaching near to the cave where they sleep. And we all know that babies like shiny things. She may want to munch on the shiny dragon scales or worst still, she may pull hard on the delicate dragon wings when he isn’t looking. Dragons have terrible tempers and don’t like for their wings to be touched. But who would look after the baby? It was decided that they would each take a turn looking after the baby while mother read the book. 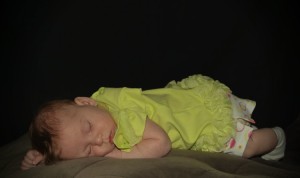 Now, there were eight girls in the Baker family which made it hard to choose who would be the maiden who would be snatched in the clutches of the dragon’s feet and carried off. The only fair way was to be kidnapped youngest to oldest, but no one could bear to let the dragon steal the baby. And so one at a time, they were captured and saved by the noble dragon warriors Benjamin, Braedon, and Lamb.

Sadly, the afternoon was wearing on and the library was being torn apart from the commotion. Children do not often like to tidy up after their adventures. Mothers have so much experience in the art of motivation and so their adventure ended with a clean library and nothing to show for the adventure they had except the smile on their faces and the imagination in their minds.

Tomorrow, they will ride the deep blue sea with a snail and a sailboat. 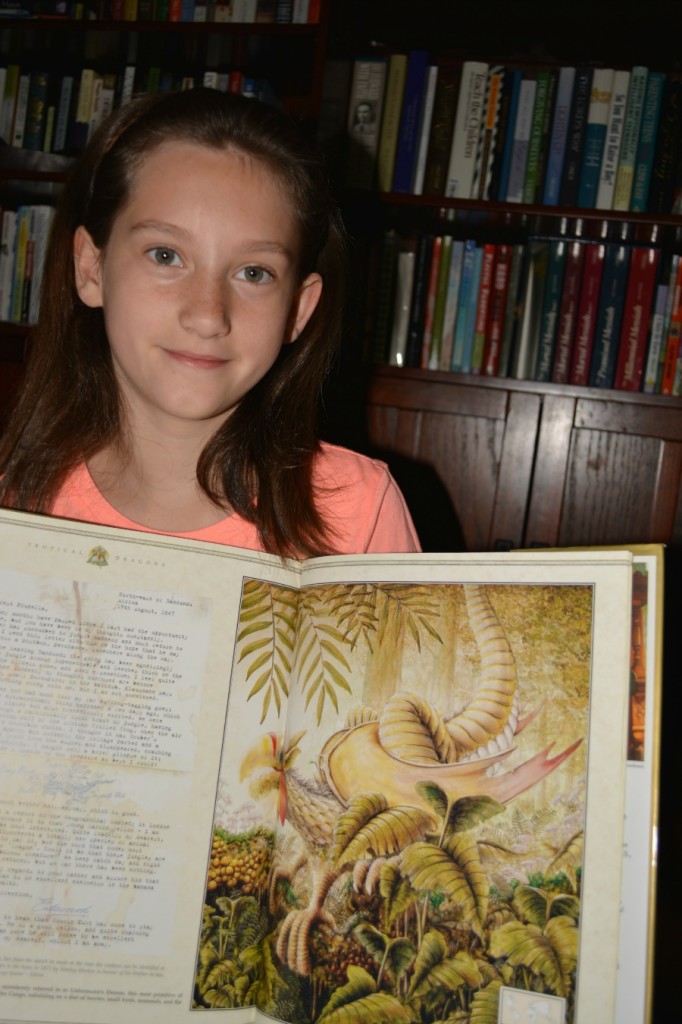 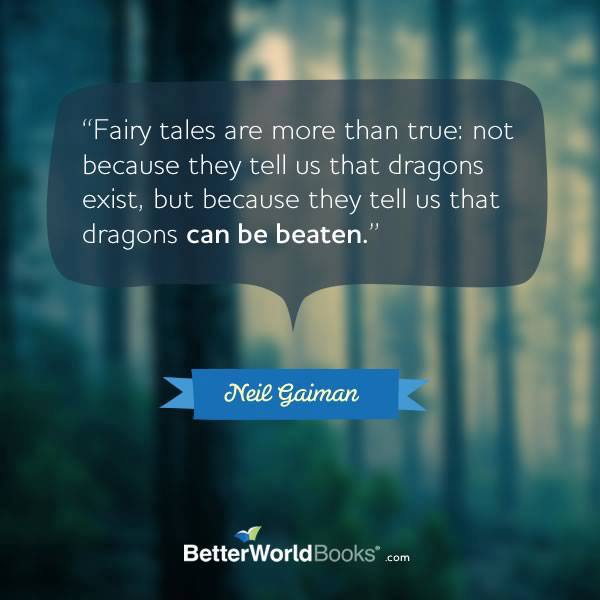