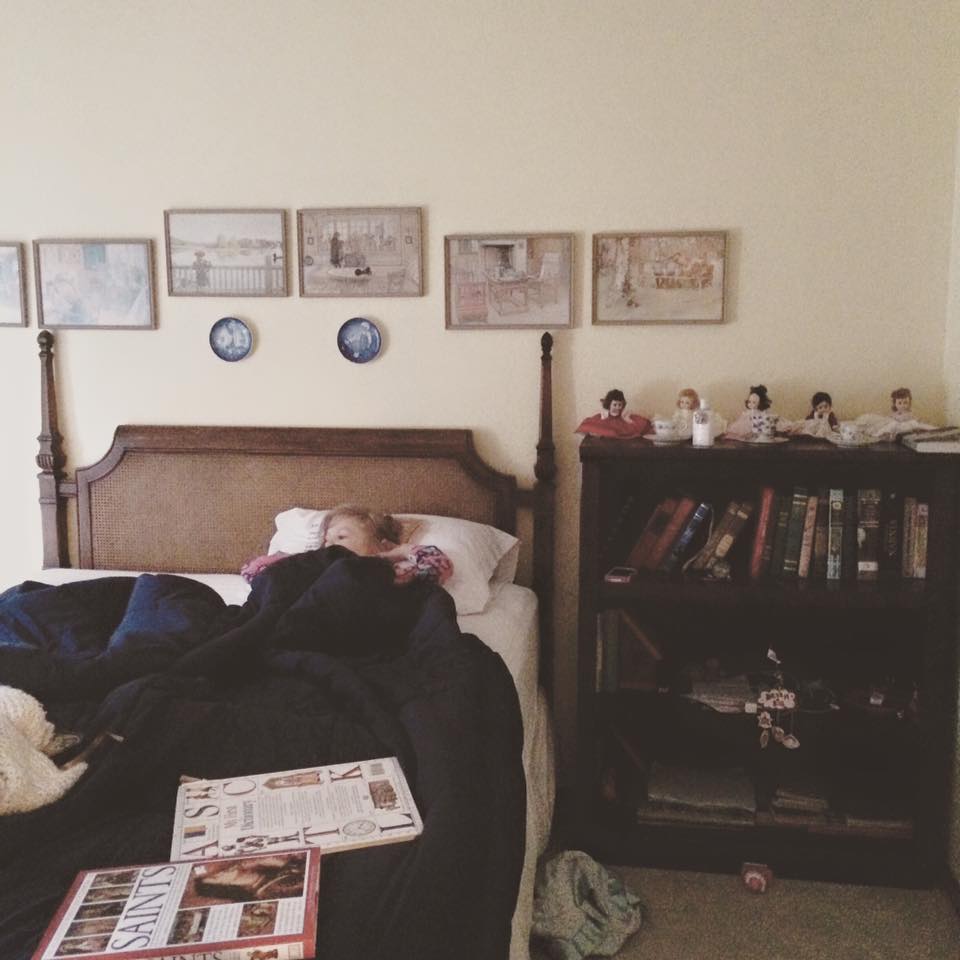 Narnia is a pretty fantastic and special place. I genuinely feel sad for any child who hasn’t walked through the wardrobe and pushed back the coats to find themselves in a snow covered wood in a magical and mystical place. Narnia is the kind of place that can inspire a child to love reading, to love white magic (the kind we find in the bible) and to believe in their own kingly or queenly heritage. Narnia is the foundation upon which a life wonder and awe can be built.

In my home, I was adamant about wanting to share Narnia with my children MY way. I wanted the joy of inviting them to join me on a journey into those hallowed woods and further up and further into the Last Battle. I waited until my youngest was 2 and my oldest was 6. And I pulled them to me and we spent many long afternoons and evenings on the couch reading our way through the illustrated series.

After we had finished all of the books, we gave them the unabridged audio as a Christmas present and we spent months listening to Lynn Redgrave, Patrick Stewart, Kenneth Branagh, Michael York, etc. tickle our imaginations as we put miles on our van driving to the grocery store, church and family events. These masters elevated our reading to another level with their incredible voices and the texture of their reading.

After we had spent 6 months listening to the unabridged masterpieces, we gave the kids the Focus on the Family radio theater version. I am not a passionate fan of the Focus Radio Theatre productions generally. Some are par excellence. Some are quite mediocre. Despite my loyalty to Focus on the Family this audio bibliophile has little stomach for the botch job they did with Ben Hur and the annoying retelling of Anne of Green Gables. These are not great examples of their radio theater. The CS Lewis estate, however, is scrupulous in their choices about when and how to share the rights to Lewis’s works. (I think that their Disney movie experience has left them wiser and much more careful). As such, Douglas Gresham has chosen wisely in his partnership with Focus. Narnia, Screwtape and Mere Christianity radio theater productions are all masterworks.

I have ripped the Narnia cds to my computer and my children listen to them almost daily. My 6 year old lies in bed in the morning for an hour just listening to The Silver Chair or The Dawn Treader – again and again and again.

We keep the unabridged audios in our van. We reach them for periodically and always love to get lost in Narnia on a long car ride. Around the house, for daily listening, the Focus on the Family Radio Theater continues to elevate our thinking and enrich our imagination.