Reflection is one of those experiences that is more instinctive than forced. It comes in those quiet moments when you are in a mellow mood and are open to looking back with peace, and pondering on the moments now.

Tonight, I just happened on such a moment. It’s been a long few months getting our family back in the groove. With multiple children leaving the house at five am, we had to make some new changes. Among these changes involved a grueling (for me) new schedule of getting up at four thirty every morning during the weekdays to have a short devotional of scriptures and prayer before anyone left the house. Those of us who can, go back to sleep, thank goodness. And bless the love of my life and those who carpool with us, for getting everyone where they need to be.

Originally, I tried to stay awake and was pumped about this new schedule. I’m a night owl by nature and even with all the wonderful natural remedies, my sleep cycle will not change. 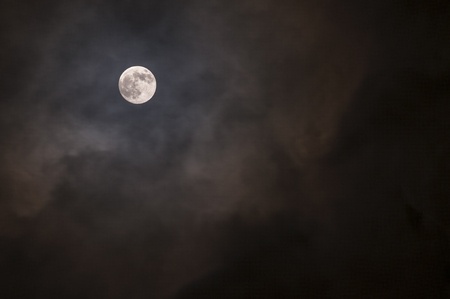 So, what that meant for me was, I still couldn’t fall asleep early, I did get up early, and for two-three weeks I had about four to five hours of sleep a night. After the first week, I became depressed, had constant headaches, and some health issues cropped up. I was so overtired that, try as I might, I could NOT get any sleep and I woke up at the least bit of stirring from anyone in the house, anyone in our apartment building, any creature of nature outdoors within a stone’s throw of my house. If I did fall asleep before midnight, I woke up, haggard and desperate to go back to sleep. In the same way reflections come naturally, when we are relaxed and open, and aren’t forced, so is sleep. Sleep cannot be forced. It’s a letting go. I wasn’t letting go.

In sheer desperation, red-eyed, hair thrown in a pony tail, and looking pretty scary, I went to the doctor’s office for help. I told him of my difficulties. He told me he wasn’t convinced I was depressed. He told me that lack of sleep can be the cause everything I was experiencing and more. He gave me a light sleeping aid that also acts as an antidepressant. I was so happy. I was going to sleep.

It didn’t work. The side effects were worse from the meds. I was in a zombie-like state. My body had inflammation. My emotions were all over the map. I had to do something. After much prayer, I sat down and counseled with my husband. We are created differently. He can get up every morning with no problem. I took care of the all-night issues with kids or planning and preparing for the day before when he was falling asleep on a chair before nine pm. Between the two of us, we had it covered. Why was I feeling like I needed to be an 18-19 hour a day mom? I had this notion in my head that forcing this change would magically make me a different person- a better mom. Instead, no one wanted to be around me and I was desperate for the relaxed, normal me. I recommitted to God, to still do morning devotional at the time agreed, but then I would go back to bed.

That night, I took ten milligrams of melatonin, some valerian root, and put new sheets on the bed…. and p a s s e d o u t.

I woke up a new woman. Then, I mentored the mom and went back to sleep after devotional.

Ever since then I’ve been on an upswing.
I honor my husband’s sleep cycle with more gratitude and respect and now I realize the importance in ALL aspects of life for mom to get her rest.

Sometimes we learn the same lessons, but in different ways. This is a new layer of learning and respect for my body. I have more energy to do what needs to be done, because I’m mentoring me and giving my body a full eight or more hours of sleep a night.