Only one contestant can be the Iron Chef.

You’ve been cut from Cut-Throat Kitchen.

Wise mothers like you and I know that it is hard to find wholesome television shows. We have had to shut off countless movies, end countless series mid-season all due to inappropriate content. It can be discouraging at times as we search for something else to enjoy watching.

Living in Germany limits us a little to what is available as reruns on Netflix or Amazon Prime TV. We are raising a couple of future professional chefs and many family chefs so we love watching shows about food.

Over the years, however, I’ve become less and less enchanted with how people are treated on the show by the host, the judges, and how they treat each other. To ramp up the negative energy they put out ways to turn the competitors against each other. 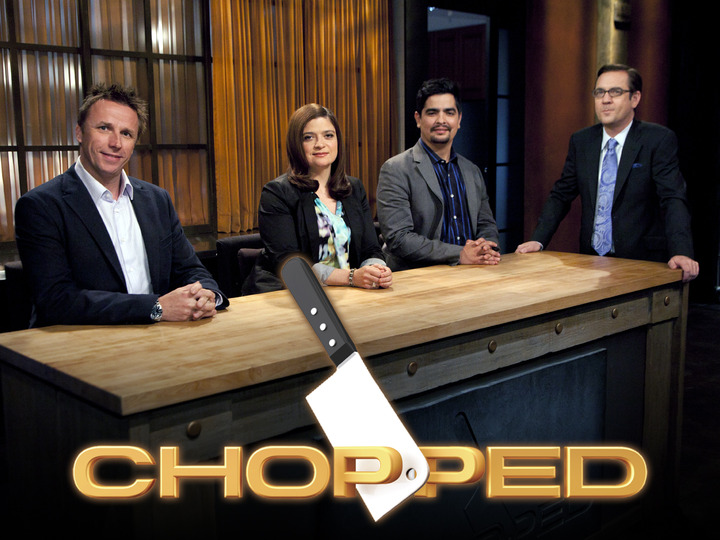 After watching an episode of Chopped that had a woman with a shady background working in clubs, constantly mentioning her former lifestyle, and the constant rudeness from the host and contestants I became disenchanted. There was a multitude of creative culinary creations, however. Despite the creativity, there was little redeeming quality. I “chopped” that show for good. My family was learning nothing positive from it about relationships, joy of being in the kitchen, positive competition, good sportsmanship, or lifestyles outside of your passion.

Next up was Cut-Throat Kitchen. Thankfully, we didn’t have to hear the sleazy stories, or prideful boasting of the each contestant’s backstory. There was a lot of race against time creating creative culinary dishes. But, in the end the show was based on sabotaging your opponent with random things like taking away utensils and making them use irregular and many times disgusting ingredients. The energy of the show was meanness at times and at other times exasperation or sadness in defeat. It just didn’t go with our family’s goals of fostering a love of cooking, working well with others, staying humble in victory, just to name a few. 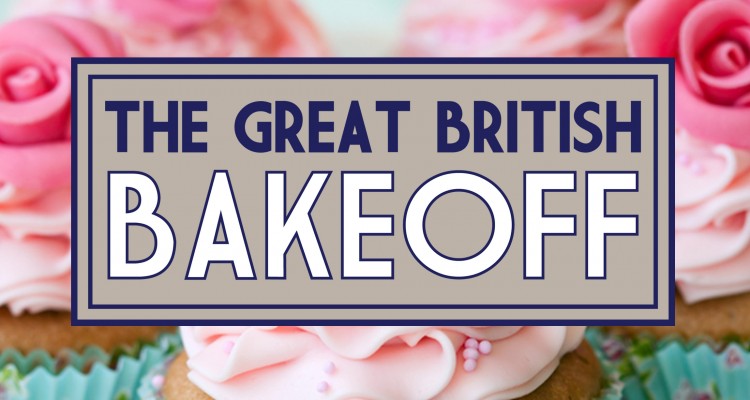 We found a winner. The Great British Bake Off. The contestants are kind and helpful with their fellow chefs. The judges are serious for the judging bit, but kind and fair in their remarks. They even help the contestants at times and joke around with them. When each person is voted off, they all hug, they are all sad for one another. During the little interviews they compliment one another- that is the focus. The contestants are given a reasonable amount of time. The setting is beautiful and outdoors and they show the lovely animals that live in the surrounding area. The talent is resplendent and absolutely inspiring. You can feel the love for one another, you can feel the passion for the art of baking, and you can feel inspired and wowed with each episode. The fact that they have Union Jack buntings and British accents that gives it the finishing touch. 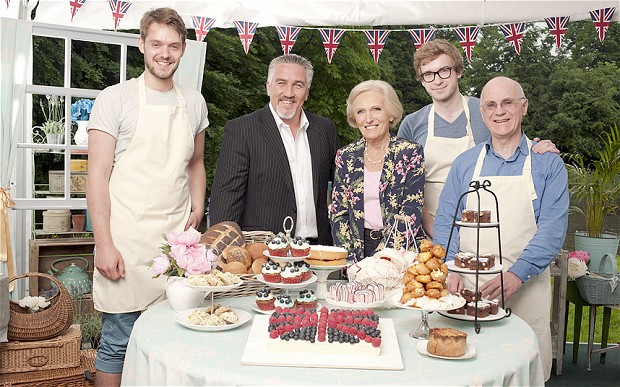 Watching these cooking shows makes me hungry. We are usually watching them at night and I’m usually drinking a vegetable juice. Perhaps tomorrow I just might try my hand at some chocolate doughnuts. 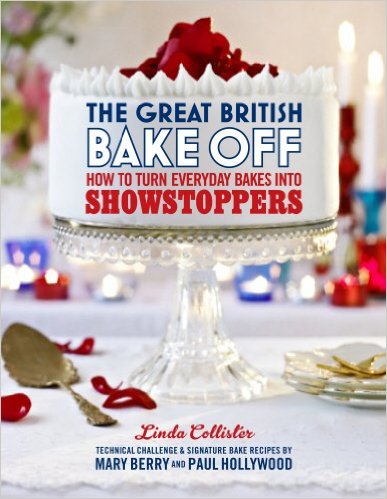 *Television pictures from Google Images, all the rest are mine.