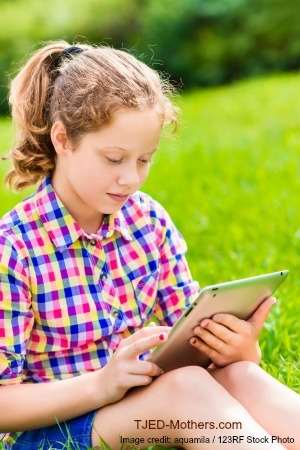 I’m certainly appreciative of all the extra educational help I can get for my kiddos.  We have a couple of family rules with the ipad.  1. You have a timer set and have to surrender the ipad set after the timer goes off.  2. Only educational stuff allowed.  We have educational games, but I have a focus with this part of technology.  With that said, here are suggested apps for math for your child in the Love of Learning phase (roughly ages 8-12).

Pickles Maths Game for Kids is not just another “fun” maths app for children. It was created to assist with the actual educational process they go through for mathematics in school.

So, this is a purpose-built mathematics app … not simply a child’s game with numbers in it. And there are no adverts for your child to accidentally click, like in many of the free kids apps.

Can choose any or all categories.
Keep track of top scores.
Can choose to redo incorrect answers.
Set the timer and number of cards in the round.

Alien Addition allows students to practice their addition facts with a fun quiz game. There are three different levels for focused practice. The goal is to answer as many addition facts correctly in under 30 seconds. High scores are saved and the user has the opportunity to visit a short tutor section for tips to solving basic addition facts.

Alien Addition is a must to help increase speed with basic addition facts!

Drag Race Division is a multiplayer racing game that allows students from anywhere in the world to race one another while practicing their division facts. Your race car’s speed is determined by how fast you answer the division problems.

Island Chase Subtraction is a multiplayer racing game that allows students from anywhere in the world to race one another while practicing their subtraction facts. Your jet ski’s speed is determined by how fast you answer the addition problems.

It is lunchtime at the Alien Academy. Help the lunch lady serve all of the hungry little aliens exactly what they want. Then, help create your own dish to serve. Practice your subtraction facts while having fun with the aliens!

Dirt Bike Comparing Fractions is a multiplayer game that allows students from anywhere in the world to compete with each other while comparing fractions. The amount that your dirt bike pulls is determined by how fast you answer the fraction problems.

Grand Prix Multiplication is a multiplayer racing game that allows students from anywhere in the world to race one another while practicing their multiplication facts. Your race car’s speed is determined by how fast you answer the multiplication problems.

While your rocket is floating weightlessly in space, the real fun begins! Play one of the 56 different math missions. Each mission has touchable objects floating in space, including stars, coins, clocks, 3D shapes and even pizzas! Earn a bronze, silver or gold medal and also try to beat your high score. Missions range in difficulty from even/odd numbers all the way to square roots, so kids and their parents will enjoy hours of fun while learning math.

The App Gate presents Multiplication Training: an app designed for the iPad to help children of various skill levels practice multiplication from 1×1 to 9×9.
Rules:
1. A question will appear on screen.
2. A correct answer will remove the answer from the screen, and ask the next question in the set.
3. Incorrectly answering a question will reset the current question set.
4. Once the set is complete, a new question set will be drawn randomly based on the current app settings.
Features:
– Statistics are tracked as the student uses the app. Statistics can be reviewed at any time to help identify where the student is performing well and where improvement is needed.

– Multiplication sets are completely configurable: any subset of 1x-9x can be turned on or off.
– Question sets can be configured to appear in sequential order (2×1, 2×2, 2×3…) for novice students or can be configured to be random (2×9, 2×4, 2×3…) for advanced students.
– Stars appear when you touch the main game interface, take some time and drag your finger around the screen for a small training break!
– Animations and sound effects.