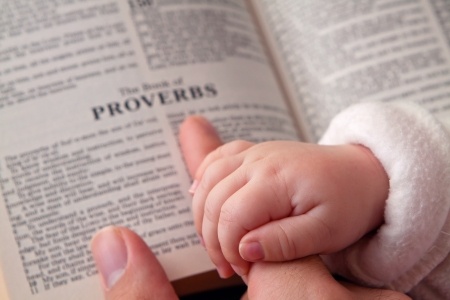 Parenting can be very challenging at times as we try to teach and train our children to live good, clean lives. There is so much joy and happiness that comes our way as blessings for our obedience in bringing “up [our] children in light and truth.” (D&C 93:40)

Honesty is telling the truth and integrity is living faithful to the truth and what you believe in. Children at a young age often times tell lies because that is what they want to believe. As with everything, teaching them early helps them stay out of bad habits that will affect them the rest of their lives. 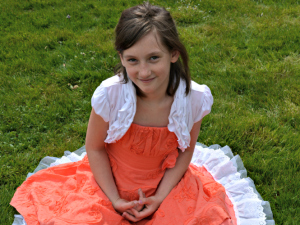 We have a sweet autistic daughter who has never taken accountability for her actions and denies any wrong-doing (i.e. lying). We’ve been discussing & reading scriptures, singing hymns, etc. about honesty and integrity all month…and…just recently, for the first time, she confessed to recently stealing the kid gummy vitamins. It was so hard for her…but she did it without anyone coercing her to. (I already knew who stole the vitamins…)

It was a testimony to me that anyone, even with disabilities, can learn to do the right thing and do it. It just takes some time and consistent effort to teach and train. Now my prayer is that she continues on this path and remembers the good feelings that come from confession and repentance.

I love what Joel Christiansen said about why we should teach our children unselfishness:

“In the words of Fred Gosman, ‘Children who always get what they want will want as long as they live.’ And somewhere along the line it is important for the character development of our children to learn that “the earth still revolves around the sun” and not around them. Rather, we should train our children to ask themselves the question, How is the world a better place because they are in it?”

What did we study?

We have been working through a book during our morning devotional called Parenting with Scripture by Kara Dubin. We do two topics a day and each person who reads gets a chance to read through the verses aloud. The little ones listen and we talk about it. She gives ways to teach each topic.

This past week we studied Honesty and Integrity among a few other attributes. Some of the scriptures we read were:
Honesty:

Proverbs 12:22, 12:19, Matt 5:37
Story to go with: Aesop’s fable The Boy Who Cried Wolf, talk about tangled web we weave with quote, stress that comes from lies and trying to keep track. It’s been to just be humble and honest.

Humility:
Matt 23:12, Ephesians 4:2, Phillipians 2:3-4
Discuss: do you like being around people who think they are better than you?  Humility can soften hearts.

Integrity:
Proverbs 10:9, Titus 2:7-8
Discuss: a time someone was dishonest and the consequences, why it is important for people to trust you, can people trust you right now?, what can you do to fix it?
Also, we’ve been studying Selfishness vs. Selflessness. Pride and selfishness are the root of sin, and selfishness is the root of every sin.

We spent an entire week on this one topic and read the following talks aloud:

We then printed the following out and laminated them and hung them up in the common areas of the house to memorize:

“Meekness is the real cure, for it does not merely mask selfishness but dissolves it! Smaller steps could include asking ourselves inwardly before undertaking an important action, Whose needs am I really trying to meet? ”
~Neal A Maxwell

“There is no happiness in selfishness; it is a sin. Its product is misery and loneliness, and it alienates companions and develops enmity in human relationships.” ~William R. Bradford

“Selfishness draws men into a spiritual vacuum where, absorbed in self service, they shut out all others.”
~William R. Bradford

“Where there is selfishness, the Spirit of the Lord is absent. Talents go unshared, the needs of the poor unfulfilled, the weak unstrengthened, the ignorant untaught, and the lost unrecovered.”
~William R. Bradford

“We can also meekly let our ideas have a life of their own without oversponsoring them. Rather, let the Spirit impel our worthy ideas.”
~Neal A Maxwell

Helaman 4: 26 For behold, they saw that the strength of the Lamanites was as great as their strength, even man for man. And thus had they fallen into this great transgression; yea, thus had they become weak, because of their transgression, in the space of not many years.

“Selfishness is actually the detonator of all the cardinal sins. It is the hammer for the breaking of the Ten Commandments, whether by neglecting parents, the Sabbath, or by inducing false witness, murder, and envy. No wonder the selfish individual is often willing to break a covenant in order to fix an appetite. No wonder those who will later comprise the telestial kingdom, after they have paid a price, were once unrepentant adulterers, whoremongers, and those who both loved and made lies.”
~Neal A Maxwell

“Power is most safe with those, like Washington, who are not in love with it! A narcissist society, in which each person is busy looking out for number one, can build neither brotherhood nor community. Aren’t we glad in this Easter season and in all seasons that Jesus did not selfishly look out for number one?

“No wonder we have been told, “Thou shalt have no other gods before me,” and this includes self-worship! (Ex. 20:3; emphasis added). One way or another, the grossly selfish will finally be shattered, whimpering, against the jagged, concrete consequences of their selfishness.”
~Neal A Maxwell

We are currently working on memorizing two songs, one being a hymn: How Great Thou Art and the Star Spangled Banner.

When I teach my children I try to teach in a spirit of love and truth as that is what I’m working to instill in my children. I desire for them to embrace the gospel, to live in truth, and to be good, righteous people. If they get this training now, and work through some of the character flaws while young, they will have so much the advantage to help them in their adult lives.